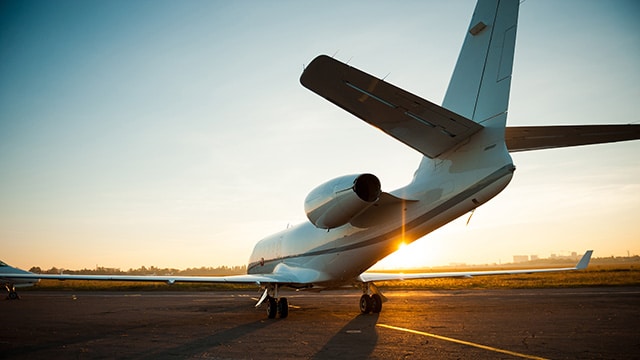 Welcome to the largest quality selection of Chicago private jets and aircraft charter from the industry’s respected flight provider, aircraft owner and leading air charter company. Even other aircraft owners and FAA operators themselves turn to us every day for help in fulfilling their aircraft and flight needs. Take advantage of your top FAA-certified private aircraft and charter availability, with Best Price Guarantee including round-trip and one way pricing options. See your complete local charter aircraft options or benefit from floating aircraft and empty leg jets for one-way charters nationwide.

Charter 119 aircraft based in the Chicago area with New Flight Charters, and operated by the top FAA Part-135 certificated Air Carriers. With exclusive service and the top local aircraft listings available, New Flight Charters is a Chicago favorite and a respected leader nationwide in private air charter.

New Flight Charters is a Dun & Bradstreet rated company, a registered US Government Contractor for VIP air charters, and named four consecutive years to the Inc. 500/5000.

Charter Aircraft Based in Chicago

New Flight Charters also utilizes the top FAA approved floating (non-based) One-Way Jets which are scheduled point-to-point with advance notice, and on short notice when available. They can be quoted to/from Chicago, or anywhere in the region and nationwide. Pricing varies depending on jet type, availability and routing.

As an established and respected major provider, take advantage of our total access to private jet empty legs nationwide, including to and from Mexico, the Caribbean and Europe.  Our real-time database of over 3,000 aircraft and connections as an industry leader allow us to secure one-way options your typical air charter service and jet cards cannot offer.

New Flight Charters guarantees to offer the best cost air charter options to or from Chicago. We continually have empty legs and one way aircraft available to/from Chicago, and can provide the best available for any other flight need. We guarantee it. Contact us now with your flight need for a free no-commitment quote.

One-ways are usually listed as between two certain airports or cities because this is actually the departing and arrival points of its current itinerary.  However the airplane can be moved and a charter flown anywhere along that very general route and direction.  For example an aircraft available one-way from Chicago to Los Angeles can be flown to Phoenix, Las Vegas, San Francisco, even Aspen, Colorado, at a low one-way air charter price.

One-way charters may have a tighter cancellation policy, most common is 72-hours, because of their low price and the airplane’s need to arrive at the other end.  The aircraft may have a flight booked after the current one-way which is dependent on it being in that vicinity. Some floating fleet aircraft can have a standard 24 or 48-hour cancellation policy. And of course New Flight Charters offers several options to choose from.

New Flight Charters is one of the largest providers of on-demand luxury private jet and air charter, offering a choice of aircraft and pricing, including one-way and round-trip options. As one of the older private jet charter providers, New Flight Charters is the established, secure, respected and award-winning choice for Chicago jet charters, and has been making private air charter flights from Chicago easy and safe since 2003.

With Hundreds of Empty Legs, This Private Jet Charter is Offering Big Discounts on Holiday Flights…

Awarded to Inc. 500|5000 Four Straight Years, Among Fastest Growing of Past Decade…

New Flight Charters, recognized as the fastest-growing private jet charter company since 2005 by the Inc. 500/5000, achieved this by providing a wide variety of aircraft and flights, each with a Best Price Guarantee, and backed by only the top vetted FAA-Certified air carriers. Your charter contacts also carry personal FAA Airmen Certification. Every day, private jet charter customers large and small rely on us for top service and safety. With New Flight Charters, take advantage of:

SELECT. We are proud to be a Dun & Bradstreet Listed Company and a selected and registered US Government Contractor for VIP Private Air Charters. We frequently charter US and foreign diplomats including former Presidents and overseas royalty.

SAFE. New Flight Charters is accident free. We use only the safest private charter aircraft, and all flights are operated only by FAA Certified Air Carriers who exceed the strictest FAA safety, maintenance and crew standards including documented inspections every 100 hours of flight. Crews are FAA certified and every Captain is Airline Transport Pilot rated. We monitor each flight via FAA Air Traffic Control feed. Quality, Safety and Service are our priority.

CONFIDENTIAL. New Flight Charters has a history of taking care of business executives, entertainers and dignitaries such as former-President Clinton. And we do it well. We hold all charters in the strictest confidence. We take online and computer data security precautions. And we do not share ANY information with uninvolved third-parties.

Other Airports and FBOs available by request

Contact us now for your best available charter aircraft and price quotes, guaranteed. Call 800-732-1653 or Email.